Note: SFTP is still under developemnt

FTP stands for File Transfer Protocol. It’s a method for moving files between computers,
over the internet, that has been in use for decades. FTP connections are not encrypted,
which means that your files could potentially be seen and copied by a third party.

FTPS stands for FTP over TLS. It’s a newer, secure version of FTP that encrypts your con-
nection, meaning that a third party can’t see the files that you’re moving. It uses Transport
Layer Security (TLS). 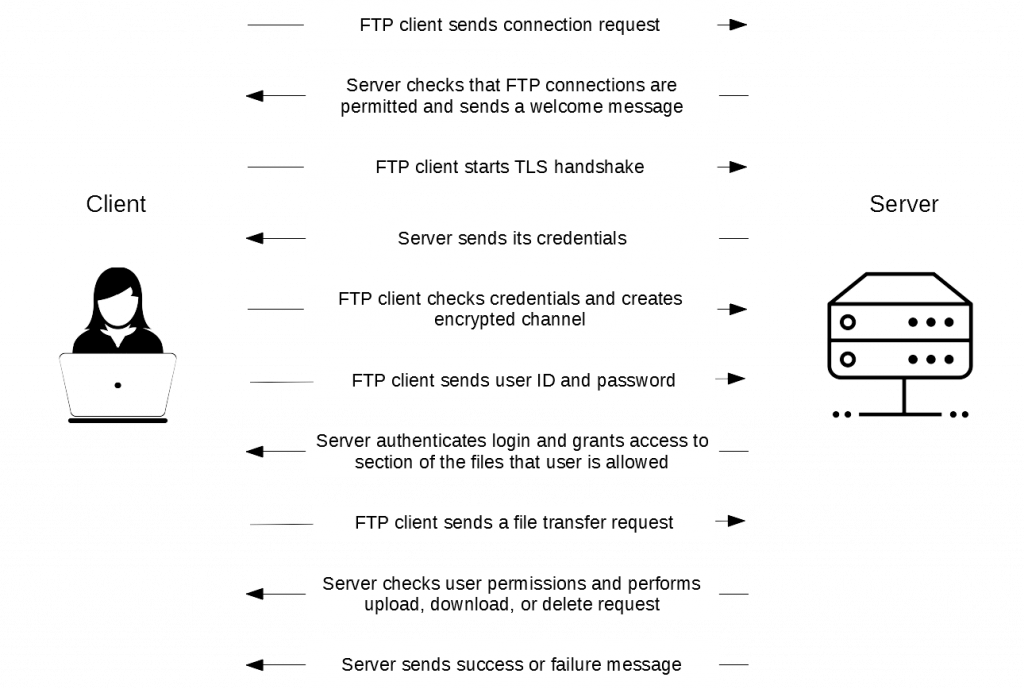